John Vargas and David Vargas (aka “D-Varg”) will be interviewed on KPOO 89.5 FM. This superb radio show is hosted by DJ Francesca.

We’ll talk about our new song “Called To The Sea”, our musicians and a special surprise that you won’t want to miss!! 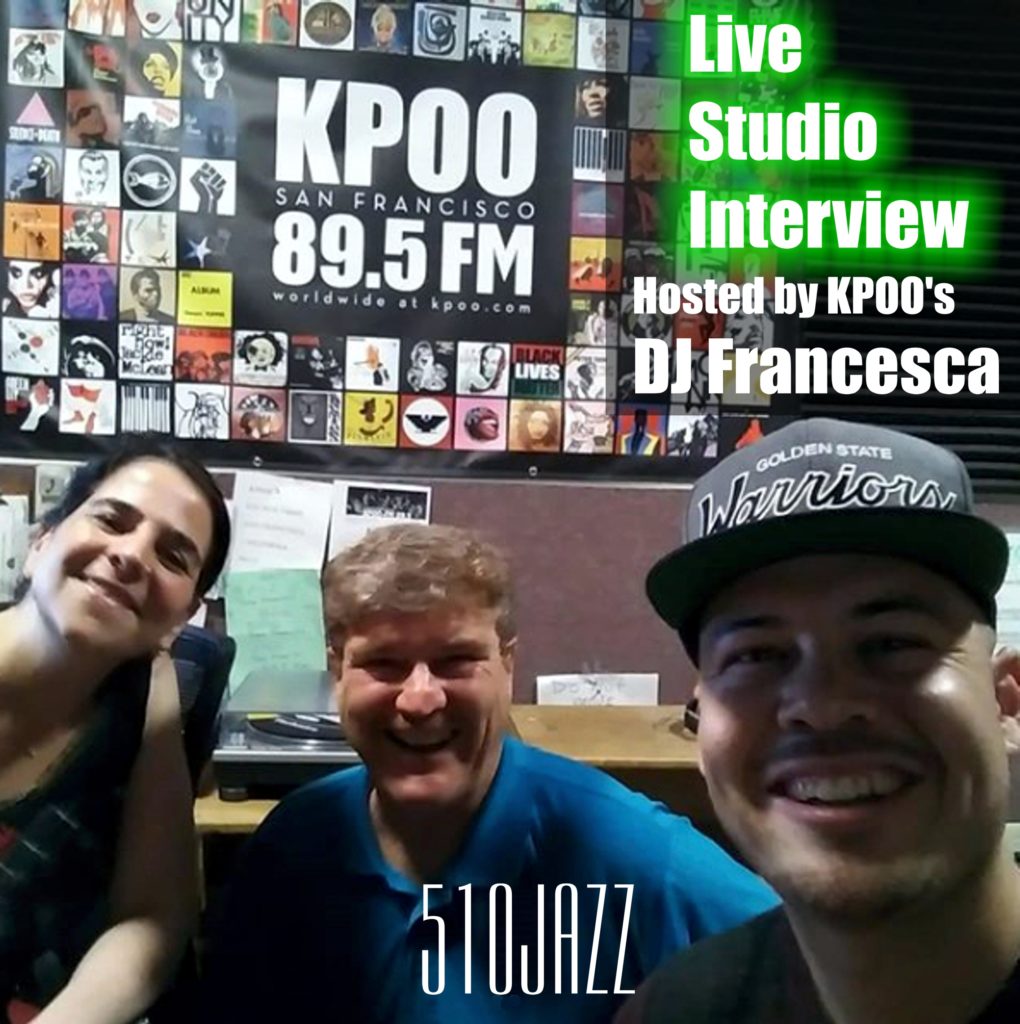 When it comes to recording music, a good musical performance is always key. Musicians should show up on recording day prepared and well rehearsed.  This usually is the formula to a successful take.

It has been a blessing to be the recording engineer for both 510JAZZ albums Bossa510 & January 16.  All our music was recorded digitally with microphones, mic and line cables, microphone preamps, audio interfaces,  an iMac computer, and Pro Tools.

In this post I’d like to highlight which audio interfaces I used for recording both 510JAZZ albums and why I chose to use them.  When recording 510JAZZ’s debut album Bossa510  we used two audio interfaces: the Universal Audio Apollo Twin Duo (thunderbolt) and the Focusrite Saffire Pro 40.

At the time (2014-2015) the UA Apollo Twin was a new and very popular consumer audio interface.  It came with some of UA’s coveted plugins for mixing, so I knew I wanted to use it for recording our album.  The UA Apollo Twin was our master audio interface.  It contains two high quality microphone preamps and an optical input used to route in an additional 8 audio inputs.

These additional 8 inputs were supplied by the Saffire Pro 40 via an optical cable.  I must say the Saffire is a great interface that is reasonably priced and provides lots of versatility for recording and mixing.

This post is about recording… But if you did your math correctly, that gave me a total of 10 audio inputs for recording.  In 2015 (10) microphone inputs was more than enough for recording the core 510JAZZ band.

For the core 510JAZZ band; keyboard, electric bass, drums, and vocals, I was able to divide up the inputs.  I usually would dedicate 6 inputs to the drums, 1 input for electric bass, 2 inputs for keyboard, and 1 input for scratch vocals. I won’t get into microphone placement much on this post, but it did play a key part two shaping the sound of the band.

I learned so much from recording our first 510JAZZ album.  Fast forward to 2017 and recording our album January 16.  I wanted to get another audio interface to allow for recording more sources simultaneously.

When Universal Audio made the announcement about the Apollo Expanded  addition to their Console Software (which allows for the cascading of multiple UA Apollos) a lightbulb went off in my head.  This lightbulb visual was shortly followed by the classic “Cha-Ching” sound of cash register sounding off.  The UA Apollo interfaces are not cheap.  I found a great deal on the new Apollo 8 interface online and was able to get one for our studio!

When recording the January 16 album this equated to more microphones on the drum kit – 8 total.  This allowed for our guitarist Tony to participate in all core 510JAZZ recordings.  I usually would dedicate 2 microphones to his guitar (electric or acoustic).  This was a great perk, but required so much more attention to detail.

I was up for the challenge and it really paid off.  I encourage anyone who is new to recording to start off with an audio interface that suits your recording needs and really get to know it.  When you are getting ready to expand you can think of an interface that would equip you for the occasion.

Have fun, each day is a blessing.