My Beginnings In Songwriting

I started composing music in 2011 when my son David was working on his third album with his rap group Trinitydeep. I was so impressed with David’s ability to tell a story through his music. I never imagined that I could write my own songs like that. Instead, I wanted to sing covers of jazz standards and put the recordings on YouTube. My big concern was with copyright infringement. David encouraged me to compose my own songs, copyright them and become a music publisher.

The first two years were rough for me, in that the stories that came to me were halfhearted, uninspired works. A guitarist friend Bill Murphy advised me that composing is like a muscle. You have to keep exercising it, and it will get better over time. Bill was so right about that.

2013 was a good year for me, in that I composed 14 songs with David’s help, and we collaborated 50-50 on two bossanova-hiphop crossovers. We named that collection of 16 original songs Bossa510, and it became 510JAZZ’s debut album, released in December 2015.

After the release of the “Bossa510” album, David and I set to work composing new songs. We planned on releasing a second album in the 2017 timeframe. The difference with this new collaboration is that most of the songs were composed as a joint-effort between David and myself.

When all was said and done, we had 30 songs that we were reviewing as candidates for our second album. David suggested that we release a smaller album this time, with just 12 songs, making it an easier production with a faster release. I asked for just one song to stay on the “keep list”, and gave David creative control as to which of the other 29 songs would be on the second album – and which songs would be released in a later work.

Interestingly, while David set the bar at 12 songs, he ended up selecting 15 songs. Just before going into the studio, David composed our title track – song number 16, entitled “January 16”.  This new album is comprised of four uptempo songs, four Bossanova songs, four contemporary jazz songs, and four ballads.  We feel that the “January 16” album gives listeners a wide array of music to choose from.

This little story just goes to show you how an album project doesn’t always evolve the way that you think it will. 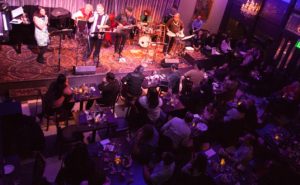 To properly tell the story of this incredible song, I’m going to direct you to my other blogpost, Studio Talk: Right Next To Me.

Listen to the song.

5. Don’t Take Your Love Away 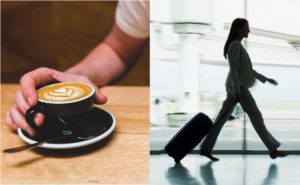 Before we started studio sessions for our 2015 Bossa510 album, we had some setbacks that kept us from recording. David and I took this down time to compose some new songs. I had been working on one song composing melody and a first verse for a boy-girl love duet.  The concept goes something like this: Scenes of long-distance love show how professional pursuits can get in the way of romance.

David brought the young crooner Nick Neira into the studio for the male vocal part. Our pianist Mark Rickey introduced us to his niece Kristen Nicole who sounded perfect to counter Nick’s part. 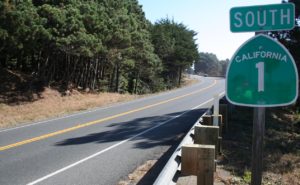 Composer collaborations with David are the most fun – where anything can happen. For this song, I simply came up the melody and the lyrics for the first verse, and then David built on that to come up with the concept for the entire song: Saturday drive, no set itinerary, no hurry – let’s take our time and explore.

We really enjoyed setting Kristen Nicole in these fun, fast-paced boy-girl duets, this time paired with the brilliant male vocals of Mr Mego. We wanted to keep the pace throughout this song, so we decided to not arrange an instrumental break. Just a fun Sunday drive from start-to-finish, accentuated with Kristen Nicole’s vocal scat in the ending.

This song explores what it would be like if we could just leave the responsibilities of everyday life behind – and travel the world. I had the basic concept in mind, but the real songwriting started when I was driving back to California after my visit to Washington’s Deception Pass and San Juan Islands. That one-week trip was magical for me in that I composed both “San Juan Island Sunset” and “Serendipity”.

“Serendipity” was borne of a marathon lyric-writing session as I cruised south on US Interstate-5 from Seattle to the Bay Area. My little Tascam DR-05 digital recorder got a good workout on those two days, as I played the rhythm track on the car stereo while scatting melody ideas. By the second day, I was singing lyrics with my new melody. I think the fast pace of this song was inspired by the Highway-5 cruising speed.

I decided that I really wanted Oshra Sedan to sing duet with Mr Mego, and I was thrilled with how they both rendered this song in the studio. Stan Muncy then took the updated session tracks and arranged strings. I was honored to hear that the string quartet liked this song the best – of all four songs arranged by Stan Muncy, They stated that they really had fun performing it in the studio.

We’ll bring you a behind-the-scenes look at composing songs with a Bossa Nova feel.  Visit our 510JAZZ Blog page next week to read our new blogpost.