Music To Pull Your Heartstrings

In last week’s blogpost Songwriting: Jazzing It Up, I talked about the thought process that we went through in composing our four jazz-inspired songs.

This blogpost will lead you through the steps that we took to compose four songs which convey a bit more emotion than our other songs. 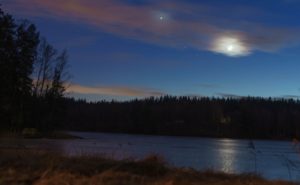 My concept for this song was simple: Summer nights, the moon and stars – and that special someone.

The style that I was hoping to evoke was like so many beautiful ballads written by master composer Ivan Lins. This song was incredibly special to me, so I decided to sing it myself on the production release. Tom Povse arranged beautiful flugelhorn parts rendered by Gil Cohen. The coups de gras is the amazing strings arranged by Stan Muncy. In the studio, we were Blessed to have a second visit from superb violinist Matthew Szemela, where he gave the ending a sweet romantic feel.

8. You’re Everything To Me

This is the second love ballad that I composed for this album. I wanted this to start out with a darker feel, about a person that didn’t take the time to let emotions sink in — always moving on to keep their distance from love and commitment. The story then evolves into a discovery of that perfect someone. It sounds a bit formulaic, I know. Interestingly, this song is one of our most popular with radio listeners around the world. Maya Victoria has the perfect voice to tell this story.

I wanted this song to have a dreamy quality, so I asked Stan Muncy to arrange strings. He did an incredible job, bringing in this amazing pizzicato feel and a superb lift during the chorus. I asked John Lewis to give us the dark, sultry feel in places, with his beautiful tenor saxophone. I was surprised at how easy it was to come up with the chorus, melodically and lyrically. Composing the verse was even easier, with just nine rapid notes in succession. Telling the story on top of that was more difficult.

When I arranged the rhythm for this song, I was feeling something akin to Spanish Flamenco. My mind traveled to a family trip that we took to beautiful Malaga on the southern tip of Spain. I came up with the idea of a fantasy or dream sequence that the lead character envisions. The idea was of a businessman visiting Malaga, and took a day off deciding to tour the beautiful Moorish castles that overlook the city. During this tour, our lead character has a vision of how the city might have looked over 500 years ago.

David carried this concept to something much more coherent: This daydream shows a vision of what it might have been like to live in the city of Malaga during King Ferdinand’s brutal assault in 1487. This was a pivotal battle in the Reconquest of Spain, to take back the country from the Moorish invaders.

What David and I were trying to convey in this story is that all war is a nightmare. While some may see glory in war, we can’t look away from the human element — the victims. It’s especially painful to think of the many innocents that were caught in the crossfire of a King leading his forces to take back a country that was lost in war hundreds of years before. I’m sure that some very bad people lost their lives in that seige. What is tragic is the number of civilian lives lost (mothers, fathers, children – and their homes and property).  These innocents had no political agenda.

Tony Song’s guitar truly holds the listener, with a haunting rhythm accentuated by flamenco-styled turnarounds. We were delighted to see the feeling brought to the song by vocalist Mr Mego. What a storyteller! The perfect final touches came from Stan Muncy with a wide array of Spanish percussion including guitar-body-tapping and handclapping. We feel that all of these elements give our song a true Spanish feel.

My dad John Vargas and I collected compositions that we wanted to produce in our new album “January 16” (which was untitled at that time).  We had literally dozens to choose from.

After selecting 15 solid candidates, I felt that our album could use just one more song written by myself.  I browsed through our rhythm arrangements library and one stood out to me. It had an R&B vibe to it.  At that moment all these ideas rushed into my head.

What really resonated with me was a tribute song to our beloved grandmother Jesusa.  Her birthday is January 16.  She taught us about love and putting family first.  I know it was meant to be that God inspired me to create a song to pay homage to her.

Most of the lyrics were put together in a matter of a few hours.  The creative juices were really flowing that night, and composing the melody seemed effortless.  I played the first version of the song to my immediate family and they gave me their feedback which I used to put the finishing touches on the lyrics.

My initial thought on the ending of the song was to have some interview footage paying tribute to my grandmother.  In speaking with our family one day, it was brought to my attention that my brother Andrew had some archived video of my grandmother speaking about life, and the importance of empathy, love, and Faith in God.  I knew this was the ultimate message of the song – and it is delivered superbly by my grandmother in her own words and voice.

16th of 16 songs on our album, “January 16” for me is a song that I’m incredibly proud of, as it tells the story of my amazing grandmother who will always be a part of me.

I’m still amazed that we were able to record such a meaningful song.

We love you, Grandma!

We hope you enjoyed this four-part blogpost on Storytelling.  We hope it will inspire the composers out there to get started on their own songwriting journey.

Our Take On The Venerable American Art Form

In last week’s blogpost Songwriting: Bossa Nova, I talked about the thought process that we went through in composing our four Bossa Nova songs. 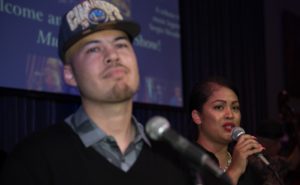 I came up with the concept for this 50-50 collaboration with David: Amid the everyday pain and stress of life – music can be a drug that soothes your soul. I composed the melody and wrote the verse and bridge lyrics. David wrote the amazing rap lyrics. I’m constantly amazed at David’s storytelling prowess, seeing so much storyline elapsing in such a short amount of time.

David had enlisted Maya Victoria for several songs in his own D-Varg solo releases. I loved her sound and decided to reach out to her for this song.  David is the main storyteller through his compelling rap, while Maya carries the melody, chorus and harmonic background parts. Maya and David have an incredible chemistry in this song. 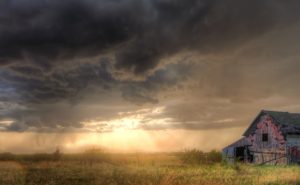 David composed the song “Stormy Weather” and arranged all vocal parts. This is a praise song dedicated to God, with the intention to remind people that there is always One looking out for us at all times.

After David completed the composition and we laid down the rhythm tracks in our first sessions, we brought Ricki Wegner into the studio for vocals. Ricki’s soulful voice was perfect for the vocal parts arranged by David.

After that session, David still felt that something was missing. We brought Tony Song back into the studio with his electric guitar. Tony laid down superb improvised guitar runs throughout the song. As a finishing touch, David brought DJ Jay Midnight into the studio to add special coloring as only he can do.

11. Views From My Window 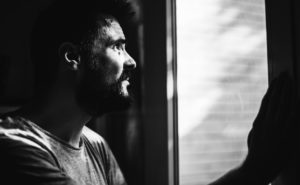 The concept that I first envisioned for this song, was a look at the dark, painful side of living in the inner city. I realized that this song would be perfect as a contemporary jazz-hip-hop crossover. David carried the concept one step further by creating the device of a window in which the main character looks out at his/her world through.

I composed the melody and wrote lyrics for the first verse. I felt that this story should be started with our rapper as the storyteller, setting the stage for the dark city landscape. David wrote a compelling 8-bars of rap which smoothly eases into my first verse.

From that point, David and I kept writing melodic and rap lyrics as the story unfolded in front of our eyes. I thought that we could simply repeat the same rap intro lyrics on the way out. Just before going into the studio, David wrote new rap lyrics for those final 8-bars.

In the studio, working with Matt Blaque on vocals was amazing. Matt’s style and tone seemed a perfect fit. As I mentioned in my blogpost about our song “Right Next To Me”, Matt always gives 150 percent: He first laid down the lead vocal parts, then he went on to response phrases that I arranged, and lastly, he gave us a full library of harmony parts. Matt Blaque is a true pro.

As Executive Producer, I see so many creative surprises along the way. One special surprise was the amazing horn arrangements from Tom Povse. Tom arranged superb parts for Trumpet and Tenor Sax which give this song a cool bebop feel reminiscent of Miles Davis. These parts were expertly performed by Gil Cohen (Trumpet) and John Lewis (Tenor Sax). 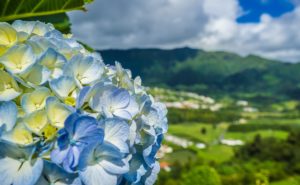 This song is a tribute to the official flower of my ancestral home, Faial Island in the Azore Islands of Portugal. You’ll find tiny Faial 900-miles off the coast of Lisbon Portugal, in the middle of the vast Atlantic Ocean.

When you travel there, you’ll see these beautiful blue flowers everywhere. We call them Hydrangeas in California, but in Faial they are Hortensias – the official flower of “The Blue Island” – Faial.

I had the honor of introducing my wife and our three children to Faial on a family vacation in 2015. David and I were in the midst of preparing our “Bossa510” album, but we took advantage of this trip home, to write a new song dedicated to beautiful Faial and it’s famous flower. Our songwriting sessions were delightful, hanging out in our vacation rental condo, looking out at beautiful Pico Island across the channel. David came up with the concept, he composed the melody and the very complex chorus as well as one verse. I wrote lyrics for two of the verses.

Several years ago we managed to plant Hortensias in our backyard in The Bay Area, but we’ve only seen white blooms. In Faial these lovely flowers range in color from white, to pink and other shades. The most common color is the beautiful blue, that gave our island its name.

We’ll bring you a behind-the-scenes look at composing songs that are ballads. Visit our 510JAZZ Blog page next week to read our new blogpost.