Each week we feature our 510JAZZ Song Of The Week for your review. Here you can listen to the song on your favorite download and streaming sites, read song reviews, learn about the musicians and more. 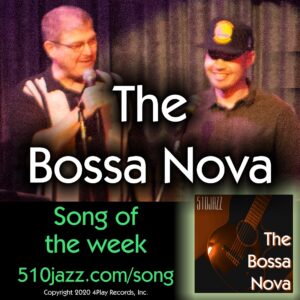 Song Review
…A spoken word narrative over a Bossa Nova rhythm by John Vargas (singer/songwriter and producer) and son David Vargas (rapper aka D-Varg, songwriter and engineer)… a fitting tribute to the genre with this album of their own. A nice commentary ending to a cool album that can propel this brand of Jazz/Latin based music to new listeners….
Andrew Goodwin, NEW MUSIC EAR
Read full review 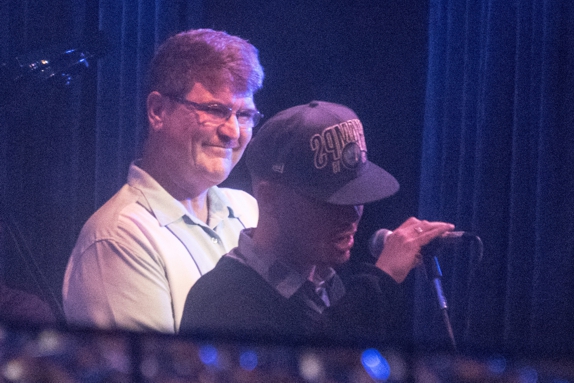 Composer’s Notes: That Infectious Sound From Brazil
David and I have been composing music together since 2013.  Our 2015 debut album was entitled “Bossa510” more as a nod to the title track, while that album contained just 6 bossas within the 16 tracks.

Our second album “January 16” (2018) also contained 16 tracks with 4 being bossas and several others being bossa-inspired.

As composers, David and I have always enjoyed exploring the boundaries of Jazz, and how it meshes with hiphop, R&B, Samba and Bossa Nova genres, and that is reflected in many of our compositions.

When we started composing new songs in 2019, David and I decided to focus on the Bossa Nova genre, as a tribute to the inspiring works of Brazilian composers that brought this beautiful music to the world.

On writing lyrics for this title track, it was easy for me to relate to my own discovery of Bossa Nova.  Then I wanted to talk a bit about the pioneers of Bossa Nova.  I found the superb book Bossa Nova: The Story of the Brazilian Music That Seduced the World from author Ruy Castro.  I simply couldn’t put it down.

This book talks about dozens of the pioneering composers, lyricists, vocalists and instrumental musicians from the early 1950s and on to the early 1970s when Brazil’s music scene changed to send a message of the need for political change.

It must have been idylic in those early years as these young composers wrote songs about the simpler things in life, with many focused around the sunny beaches of Rio de Janeiro.  A few of the key pioneers were Antonio Carlos Jobim, Vinicius de Moraes and Joao Gilberto.  This book gives several chapters to each of these artists – but the dozens of other pioneers each are mentioned in their own chapters in the book.  Each has a fascinating story all their own.

While so much of Bossa Nova music was based in Rio de Janeiro clubs and radio performances in those early days, the young musicians brought their stories to wherever they could be heard – like house parties where Jazz lovers listened to the newest songs, live performances at record shops and on to theatre performances at Universities.

When Bossa Nova was just gearing up, Joao Gilberto took a hiatus and headed back to his home region of Bahia to find a quiet place where he could focus on developing the Bossa Nova sound.  It was fascinating to read about how reclusive he was during this time – obsessed with his guitar.  Several years later he turned to Rio and took the Bossa Nova scene by storm with his unique guitar phrasings and his soft-spoken vocal style.

I highly recommend that you listen to all the Bossa Nova songs that you can find, from 1950 thru 1970.  The artists are all incredible, with a wide array of different styles – from acapella vocals, to guitar-vocal duets, to full ensembles.  This is an incredibly rich form of music.

The 1970s political chages in Brazil didn’t call an end to Bossa Nova though.  Since then, there are thousands of artists that have carried Bossa Nova to new levels, and they inspire us to write our own original songs.

David and I hope that our album will do its small part to contribute to the contemporary legacy that will carry Bossa Nova music to future generations.